The Padre is recently released survival-horror game that tickles your funny bone. It’s a juxtaposition in itself, featuring tense, atmospheric levels paired with an absurd demon-hunting Priest that frequently lightens the mood. The game includes a number of puzzles and exploration, as well as combat with a variety of different enemies.

We sat down with Bence Zilahy, one of the developers at Shotgun With Glitters, creators of The Padre.

Tell us a little about your studio, Shotgun With Glitters. How did you guys meet, and how long have you worked together?

We have known each other with Balàzs, SWG’s co-founder, for a long time. I knew he was working in the gaming business and pitched him my ideas. We have been working together ever since. After creating mobile games for a while, we decided to push the pedal to the metal and gathered a team for a more ambitious project – The Padre.

What was the process like developing this game with your team being entirely remote?

[The team] created a design document for the game at first and were experimenting with voxel art. We needed to nail the atmosphere down, so we created a few characters and scenes. Pure voxel based textures weren’t good enough, so we had to paint them. The really important part was creating the lights for every scene. Then the serious development began.

As you know, our team works remotely so we can be really flexible with working hours. Therefore, we had to be really on point with information and tasks to be on schedule. We are working with an agile methodology more or less. [There is] an overarching plan for the game, then we break down the tasks and usually go with one-week chunks. We control our task list and have daily meetings online almost every day. Sometimes working together at one desk would be helpful, but we are happy with our current process.

What classic survival-horror games inspired your development of The Padre?

Our favorite childhood horror game was the first Alone in the Dark. That was the one that inspired the atmosphere of [The Padre] the most. The darkness always lurking around the corner. Everything is still, but scary in its peaceful state. But, to mix things up a bit, we have added over-the-top humor as well, crazy Monkey Island style.

Originally, The Padre began as a horror game, but the finished product has so much comedy and charm to it. How did the game evolve into this comedy-survival horror mashup?

I can blame this only on Patrick Hickey, Jr., our awesome voice actor. His first sentences as the Padre [were] so over the top and hilarious that it started to alter the game in our head. Adding funny stuff here and there.

What were some of your inspirations for the main character, The Padre?

We wanted to make a character who is already [out of] his prime, but still really capable, [one who] knows no fear, and passionate about his work. He is a detective, a priest, and a warrior, if need be. I feel like we have made a character [that draws inspiration] from Blade Runner, Ash vs Evil Dead and [the anime], Hellsing.

You mentioned the voice actor for the Padre is Patrick Hickey, Jr. who is primarily an author and professor by day. How did you guys meet, and how did Pat bring the character to life?

He was one of the first guys in the press who have noticed our game…back in our Early Access times. He [interviewed] us and started to talk about the game. We already had a voice actor for the character, but he had to leave the project because of other personal matters. I think I mentioned this to Pat and he asked me If I want to try him on the role. He made the character so unique [that] we instantly fell in love with his performance. We also became friends, now he is much more than a voice actor in our team.

The art style in The Padre is similar to a game like Minecraft, which is an interesting choice for a survival horror game. What made the team decide on this voxel graphic style as opposed to something else?

I came across some really awesome voxel art image while surfing the net, and the mood of that scene brought up memories. We decided that we want to make a game like that, a game that gives you the feeling like you’re playing the best games of your childhood. With simplistic art styles, you can evoke feelings just [as powerful as the] super detailed stuff.

What are some of the puzzles and challenges you can expect to come across as you explore the world in the game?

Challenging ones I think (winking). We have the classic item puzzles – use the right item at the right place kind of stuff. If you gather the information and notice the clues you will be fine with them. There are puzzle games where you have to recognize patterns and figure out the rules to solve the problem. Lastly, we have environmental puzzles, or labyrinths. The player will also have to fight with enemies to beat our game. A few bullets to put some undead creatures or flying books to rest will be enough, but tougher creatures are lurking around to make your journey harder.

Your team at Shotgun with Glitters have now created a twin-stick shooter and a survival-horror game, two vastly different types of games. What genre would your team like to tackle next?

We feel like [world in] The Padre has so much to offer. We would like to explore it a bit more, maybe in other genres in the future. Personally, I would really like to make a strategy/tactical game with cards.

Thanks for joining me today, Bence! Where can people keep up with you and the team at online?

I show up there every other day and try to answer every last question and share some sneak-peak information on our projects. Feel free to come and chat with us anytime! 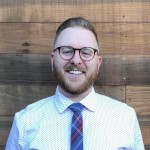 Interview with Oachkatzlschwoaf Interactive, the Developers of ‘Founders Fortune’