Under a barrage of gunfire, the typical gamer will go out shooting until the last shell casing hits the floor and the last man is standing. Developers at 1047 Games conjured a different thought process, why not rip open a portal through space and time to surprise the enemy with a flank they never saw coming! Splitgate allows you to use the portals however you see fit by shooting through them, changing the line of sight, or creating a new flank. In this arena warfare setting, it’s hard not look back fondly on games such as Halo and Quake that provided that fun, fast-paced environment. In the era of Battle Royales 1047 has provided a breath of fresh air into the arena warfare genre with a futuristic twist.

At face value, Splitgate’s influences are not hard to find as CEO & Co-Founder of 1047 games, Ian Proulx, told when asked about his inspirations: “Definitely Portal, but also the older Halo games and Unreal Tournament. Our shooting mechanics are very specifically inspired by Halo 2 and 3, but the movement is a bit faster and closer to UT.”

Splitgate: Arena Warfare is a concoction of Halo and Portal which has generated an entirely new play style for the typical run and gun gamers, forcing those to adapt their play style in a fast-paced environment where anything is possible. Players also have the ability to customize their character from helmets and jet-packs, to the color of their chest plates allowing us to express ourselves through our battle arena character. Although there are no perks and classes, the game forces players to rely solely on wits and their gun. There are no load-outs so it’s easy to jump in and out of games without feeling like your gun will determine your performance.

With every game in development it’s creators have issues and bugs to tackle and Splitgate has been no exception: “The portals were both technically challenging to implement and optimize but it was also difficult to figure out what worked well and what didn’t when making maps built around this mechanic.” Ian said.

This was something that was definitely felt when playing the Alpha. A well-placed portal can change the tide of a gunfight in a matter of seconds for both your team and the enemy. Even though load-outs are nonexistent, there are an assortment of weapons around the map that you will be able to cycle through such as the battle rifle and pistol, which will snap you back to 2001 with the familiar feels of Halo: Combat Evolved.

With the obvious similarities to Unreal Tournament there is a natural feeling this game could fit well in a competitive environment, but 1047 are clearly making sure they can walk before they run, as Ian stated: “We definitely believe our game can and will be an eSport but its not something we want to force or focus on too early. Right now we just want to make a fun game that is easy to learn and difficult to master.” If you do happen to get into the game the mechanics are very smooth and makes it easy to learn and jump into, eliminating a harsh learning curve and offers plenty of game-play options.

With game modes ranging from the traditional team death-match to King of the Hill, and Team SWAT as well as custom games options for players to generate game modes such as “Rockets only” all the way to “Big Head mode” if the traditional game modes are not for you. There is also a practice mode for you to brush up on your skills, unfortunately, it is inaccessible while the servers are offline. With the game currently being in Alpha open testing is rare and typically ranging around 36 hours at a time making it difficult for some to participate.

While playing the Alpha it was noticeable the footsteps were just a little too quiet in comparison to the gunshots making it difficult to identify player locations. Going forward being able to identify other players locations based on the sound of footsteps and portal sounds will be a great improvement.

There are extremely high hopes for this games release to take the gaming community by storm, projected to cost $20-$30 upon release. Having been involved in a few Alpha sessions the developers have proved that they are listening and making changes to optimize the game to become the next big Battle Arena. Splitgate: Arena Warfare is emerging into the beta stage from April 11-14, so be sure to sign up for the beta here to get your hands on this game. 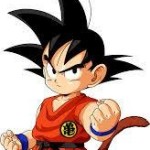 ‘Fall of Light: Darkest Edition’ Falls Far From the Top

‘Bob & Prickle,’ a Furious 2D Side-Scroller With a Talking Cactus