2020 has a lot in store with all these great games coming, but the list is just getting bigger and bigger. Evan’s Remains joins that list of games.

The beautiful new platform-puzzle game that favors logic over dexterity and physical skill. Follow Dysis through challenging puzzles and platforming as she uncovers the mystery behind the disappearance of genius; Evan.

The game promises to have no game over and no enemies or death to speak of, just relaxing puzzle solving in a nice coastal summer feel. Just take your time to solve a puzzle and move on to the next.

One day, a letter claiming to have been written by Evan surfaces, stating that he is on an uninhabited island in the Pacific Ocean. With unknown motives, he specifically requests a girl named Dysis to come to find him. You play as Dysis in search of Evan, as we learn more about them both.

The game looks beautiful with gorgeous, sunny-pixel art and from playing the demo, it’s really fun! Make sure to check out the playable demo on itch.io. The game is split up between a group of puzzles and visual novel segments, and slowly as new mechanics are revealed, the difficulty increases throughout the game. The game is entirely dependent on the player’s logic and puzzle solving skills.

If this all sounds good to you, the crowdfunding ends July 18 with the goal of $10,000 and, as of writing this, they’ve raised just over $8,000. The Kickstarter can found here as well as more out about the game and developer; Matías Schmied. If you like the game please do consider backing the game, it’s a one-man project with a lot of heart and potential.

Or, if you want to wait, Evan’s Remains plans to launch simultaneously in late May 2020 on Nintendo Switch, Xbox One, Playstation 4, and PC (Windows, Linux, Mac) via Steam.

All images and GIFs sourced from Evan’s Remains Kickstarter. 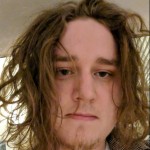 Learn How to Really Smash the ‘Snooze Button’