After three years and two major expansions to the bullet hell rouge-like dungeon crawler, Enter the Gungeon, future updates for the game are coming to an end. The team over at Dodge Roll Games are saying goodbye and thank you to all its players the only way they know how, with a bang.

Enter the Gungeon's final update 'A Farewell to Arms' is here – thanks to the Gungeoneer community for the incredible support over these past three years!

Yet the Gungeon remains… pic.twitter.com/OBxEFngu2N

According to the lead designer, Dave Crooks, “A smaller update instead of a larger paid DLC,” was planned and that they had “hoped to have it out by the end of 2018.” However, the same thing happened with their previous expansion, Advanced Gungeon’s & Dragons  — they just “kept adding new stuff.”

He goes on to say in a blog post written for PlayStation blog:

“This is the final update to Enter the Gungeon, and as such the content included carries the weight of the end of an arc, the very legacy of the game. That is to say: we wanted to make sure Enter the Gungeon went out with a bang. With that in mind, we didn’t think just a new randomized ‘Paradox’ character and some new guns and items were enough. Since the announcement of the update, it has grown considerably in size, and is now something more comparable to our first update, Supply Drop.”

A Farewell to Arms update also includes some bugs fixes from previous updates along with some quality of life fixes to send this baby off in a blanket of love.

With Dodge Roll Games first real game coming to an end, and all this experience tucked under their gun belt, where go next only the future will tell.
Now get out there, flip some tables and start your Gungeon crawling adventure today! Enter the Gungeon is half off on all platforms throughout the weekend, so you have no excuses not to pick up this game. 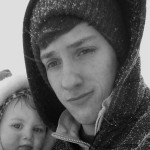 Braxton Wheeler is a 23 year old Artist and Writer living in eastern, Kentucky. He loves video games, Art and trophy hunting on Playstation (even tho he's bad at it.) Some of his favorite video games games include: the Bioshock series, Grand theft auto (any of them), Stardew valley, The Binding of Issac, the Uncharted series and The last of us. He hopes to get to design a game some day, but for now he's sticking to just playing them.

‘Fall of Light: Darkest Edition’ Falls Far From the Top