How do you like your meat prepared? I prefer mine medium, sometimes medium-well depending on how I’m feeling. Maybe some of you prefer well-done? How about your Super Meat Boys?

Team Meat, the developers of Super Meat Boy and the upcoming Super Meat Boy Forever have announced today a delay for the game, though as stated on their twitter post, “After, but not too far after April 2019.”

We're almost done, but not quite there yet. pic.twitter.com/vm7q10Xd0n

The developers mention that, “Game delays blow” but go on to say they would prefer to make the game at their own pace rather than sacrifice “our minds, bodies, and social lives to reach April 2019, but that’s stupid.” Though their message goes further than that, mentioning a certain hot news item currently as they go on to mention they are not owned by “some Evil As**at corporation that has say over what we do and how we do it.”

This is clearly a dig at Electronic Arts, who are all over the news right now after a report from Kotaku by Jason Schreier revealed their treatment over the publisher owned studio Bioware, as well as the massive mismanagement of the studio directors during the development of their game Anthem. Clearly, Team Meat doesn’t take kindly to the idea of other game devs being forced to work with shoddy tools that make their lives a living hell, and who can blame them?

So, I don’t know about you all, but I like a game when it’s done and given the time to become something great. So, hopefully with the time given Team Meat can cook Super Meat Boy Forever on the grill a bit longer until it’s well-done. 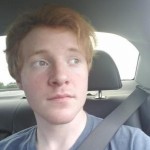 Trevor Poole is a sophomore in college living in Shreveport, Louisiana. He has had a passion for films, gaming, books, and especially storytelling since as long as he can remember. The first games he ever owned were Pokémon Red and The Legend of Zelda: Ocarina of Time. Some of his favorite games are The Legend of Zelda: Majora's Mask, Ocarina of Time, and Breath of the Wild, Silent Hill 1-3, Metal Gear Solid 1-5, and Red Dead Redemption 1 and 2. In his free time he can be found shouting at his cat Suki with his girlfriend to "Get down!" and writing short stories while whittling away at a horror novel.

Inspiration As the Fuel to Ambition: ‘Welcome to the Future’ Interview With Moonmen Games Founder Marc Fabricius

With One Final Update, Dodge Roll Games Says Farewell to ‘Enter the Gungeon’