I guess you could say that I have somewhat of an obsession with video games. I’ve had prior gaming experience with the legendary combination of my Gameboy Color and Pokemon: Yellow Version. However, it wasn’t until I snuck behind my mom’s back and played Halo 3 on my brother’s Xbox 360 that I was officially hooked on gaming. A few years later, I finally got around to owning my own Xbox 360, a special edition made for Halo: Reach.

Online gaming helped me make lifelong friendships when I wasn’t comfortable enough to make them in-person. Back when I was still an awkwardly developing teen, making friends was a chore. Technology helped me form long-lasting friendships with people I wouldn’t have met otherwise. One friendship, in particular, has lasted for a solid eight years and counting.

We’ve moved our friendship to the PlayStation 4 and eventually to social media, but were it not for our shenanigans on Halo: Reach – from trying to form an “elite” combat unit to messing with people in forge mode – I would not have the close friendship that I have with someone from the other side of the country.

It says a lot about us as a species that we can form such close bonds with people we’ve never physically met. Especially in this age of technology and information, we are always meeting and connecting with new people. Older generations have said that my generation has lost the ability to communicate because we’re “always on our phones.” I disagree with the sentiment that Millenials and Gen Z folks are lazy and antisocial, especially in light of recent events causing Generation Z to take a stand and adamantly advocate for what they believe in.
The photo I chose to feature is one from back in the day before cell phones, Facebook and Instagram. Based on the context of the photo it looks like everyone is reading from a newspaper or minding their own business. Wow, how antisocial of them.

So respectfully, of course, I find the sentiment that millennials and other young people are bad communicators to be nonsense. The way I see it, our communication skills have evolved with time.

We are a species who has adapted to the technology in front of us. Twitter, Snapchat, text messaging and other forms of social media have given us the means to talk to whoever we want, whenever we want to. Do you want to work from home? Freelance work is easier than ever with services such as Fiverr, LinkedIn and Slack.

I can, and have, held a conversation with the random stranger in front of me, but I’d honestly rather text or call someone I know and am comfortable talking to. There is nothing anywhere that says we have to talk to those immediately next to us.

I’m pretty extroverted and I would like to think that anybody who knows me would agree. However, when I’m overwhelmed with a large number of strangers I tend to shut down and mind my business.

No offense to you John Doe, I just don’t know you. We won’t become best friends or even acquaintances in the brief two minutes we are sitting next to each other. However, if you want to open up a conversation, I’m all ears.

Do you think video games and social media have improved or dissolved our communication skills? Sound off in the comments and let’s have a discussion! 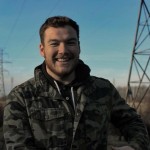