Within one week, the Season 7 Rocket League World Championship will commence, where the greatest players in Rocket League will fight to become the champions. Teams from all over the globe will be landing in New Jersey, sweaty-palmed, stressed, and ready to dominate.

If you have not been paying close attention to the RLCS World Championship scene, here are the new additions that you will need to know:

A new region means business. Since the addition of the Oceanic region back in season 3, there have been no new additions to the region’s roster. However, now comes South America to fly, dribble and ceiling shot their way to victory. With this new addition brings the teams Lowkey and Intz, and trust me, they’re not here to mess about.

These teams are going to have to prove themselves for all of South America. You can expect ultra aggression from them this time around. They are known to never stop and, from what I’ve seen, I feel like they must have unbound their handbrake because they definitely won’t stop until the clock does.

With these new teams comes a new layout for matches though, as now it will be a group stage layout where they will then move onto a single elimination tournament. This will make it so each team will at least play two matches in front of the screaming fans.

The Rocket League World Championship will be broadcast live on Twitch on June 21 to the 23 at 11:30 a.m. ET. If you are wanting to get out and cheer the teams on you still have time to grab your tickets and head down to the Prudential Center Newark.

Keep your eyes open to see who will come out as the champions. Will it be Squishy with another high-risk ceiling shot for Cloud9, or maybe Scrub Killa will bully his way through with brute force and technique for Team Vitality. Either way, we know one of these 12 teams will be crowned the champion, and to hear more keep posted here at Indie Ranger where I will be covering it all. 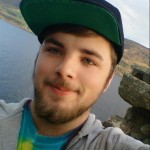 Declan Joe is in his twenties and has had a love for video games since he was 3 years old starting with sonic on the mega drive also Pokemon blue i mean c'mon it's blastoise. In his spare time he plays a lot of games with an enormous 1k+ hours on rocket league. If he is not gaming he's usually watching YouTube videos. When he's not gaming or on YouTube he's usually with his son who he is really trying to get into gaming and Pokemon.

‘My Friend Pedro,’ The New Shoot’em Up Playground Releases Tomorrow!