We’ve all heard some crazy tales in our lives; Krampus, The Kraken and Bigfoot are some of the most popular.

Some creatures, however, you may not have heard of. Ashiarai Yashiki, a giant dirty foot that demands to be washed or Akaname, a being that licks dirty bathtubs, just to name a few. These characters originate from Japanese folk tales. Rising Dusk, an upcoming platformer, takes Japanese folk tales and puts them into a living and breathing world.

Rising Dusk tells the story of Tamako, a young girl who must return home after ending up in the monster-infested realm of Yokai. Lukas Stobie, the developer behind Rising Dusk, is from Australia and moved to Japan five years ago.

Stobie’s other work involves freelance artistry. He has contributed work to Pixel Noir, an upcoming indie game that doubled their Kickstarter goal.

The game is heavily inspired by Japanese folktales, especially those found in “Yokai Attack!: The Japanese Monster Survival Guide.”

“Whenever I catch a plane, I buy a book to read,” Stobie said. “I kept on reading this book and I was like ‘I’ve got to work these characters into the game, too.’ I became obsessed, there are so many cool stories and some of them are so weird.”

One of the characters featured in the game is aforementioned Ashiarai Yashiki. Even though the planning process takes time, Stobie wants to incorporate as many characters as possible.

The original concept for Rising Dusk was that the main character, Ramen-Man, would have to rescue his daughter Tamako from Lord Chashu.

“The main character, ‘Ramen-man,’ was originally created for a parody video idea. What would Mario be like if he wasn’t created in Japan, but was created to be a Japanese character?” Stobie said. “After a handful of failed starts with other people, I decided to make the game myself. When I started, I found the character [Ramen-Man] didn’t suit the gameplay idea that I had, so I used his daughter instead.“

The rest of the scenery was inspired by the castles and traditional locations of the southern islands of Japan.

The game also employs a relatively unique game mechanic: A number of coins that you collect can both help and hurt you.

Stobie has said that because he uses an Apple computer for most of his work, Rising Dusk is being developed on Stencyl.

The first Kickstarter for Rising Dusk fell short of its goal by 75 percent. Stobie hopes to revive his Kickstarter campaign in the near future.

Stobie said that Rising Dusk is approximately 65 percent complete. He hopes to have the full game released by March or April of 2018 at the earliest. 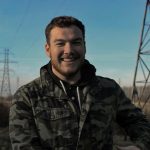 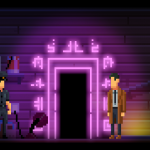 The Darkside Detective Review: A Point and Click Homage 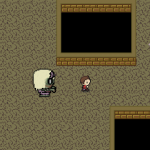