Battle Princess Madelyn is the new sidescroller action adventure game from Casual Bit Games. The heart of this game lies inside something unexpected, its conception. Battle Princess Madelyn’s general idea, scenarios, and main characters were thought up by one of the head developers daughters’, aptly named Madelyn. So when getting a little background info on the project it’s great to read stories and imagine a group of people interviewing a little girl and turning her imagination into a reality. However, this creative idea can only keep the player invested for so long.

Battle Princess Madelyn itself is not a bad game by any stretch of the imagination. It looks great with a clean pixel art style. The soundtrack is upbeat and whimsical while controls are tight and responsive. It does everything well but unfortunately doesn’t excel in nearly any of them.

This problem comes from its tendency to heavily rely on constant homages. The creators of this game clearly have a soft spot for Ghost and Goblins. Nearly all of the mechanics of the game are paying tribute to that classic game. The way Madelyn jumps and attacks mirrors that of Ghost and Goblins protagonist, Arthur. The interconnected world and platforming sections are clearly inspired by Arthur’s adventure as well. This is where the issues truly arise and reality kicks in; Battle Princess Madelyn is just simply not as good as Ghost and Goblins.

The combat is frantic but just a little bit less so than Ghost and Goblins, and the same could be said regarding its difficulty. This trend continues throughout the entire experience and it is honestly hard to fault the developers. Ghost and Goblins is arguably one of the greatest games of the 1980s, so falling short seems inevitable.

Battle Princess Madelyn will be enjoyed much more if the player has no prior experience with Ghost and Goblins. This little girl has created a fun world. The story is a simple one but does give enough motivation to move forward. The princess is on a mission to stop an evil wizard and save her family. However, throughout her journey, she is aided by her cute ghost dog named Fritzy. It’s a story that could be seen as contrived but considered as if it was thought up by a small child. The little details start to make more sense as the player travels forward with the occasional backtracking and meets a boss at the end of a section. Simple yet effective especially when not compared to something before it and that admittedly did it a little better.

One area where the game does stand out is the boss fights. The bosses are always a pleasure to fight and beating them takes some serious skill on the players part. Their patterns are initially unpredictable and fun to try and figure out. The most impressive part is their designs. Some of the most creative and interesting characters models in the game are the bosses. It is always fun to see what kind of crazy giant monster awaits the player around the corner. 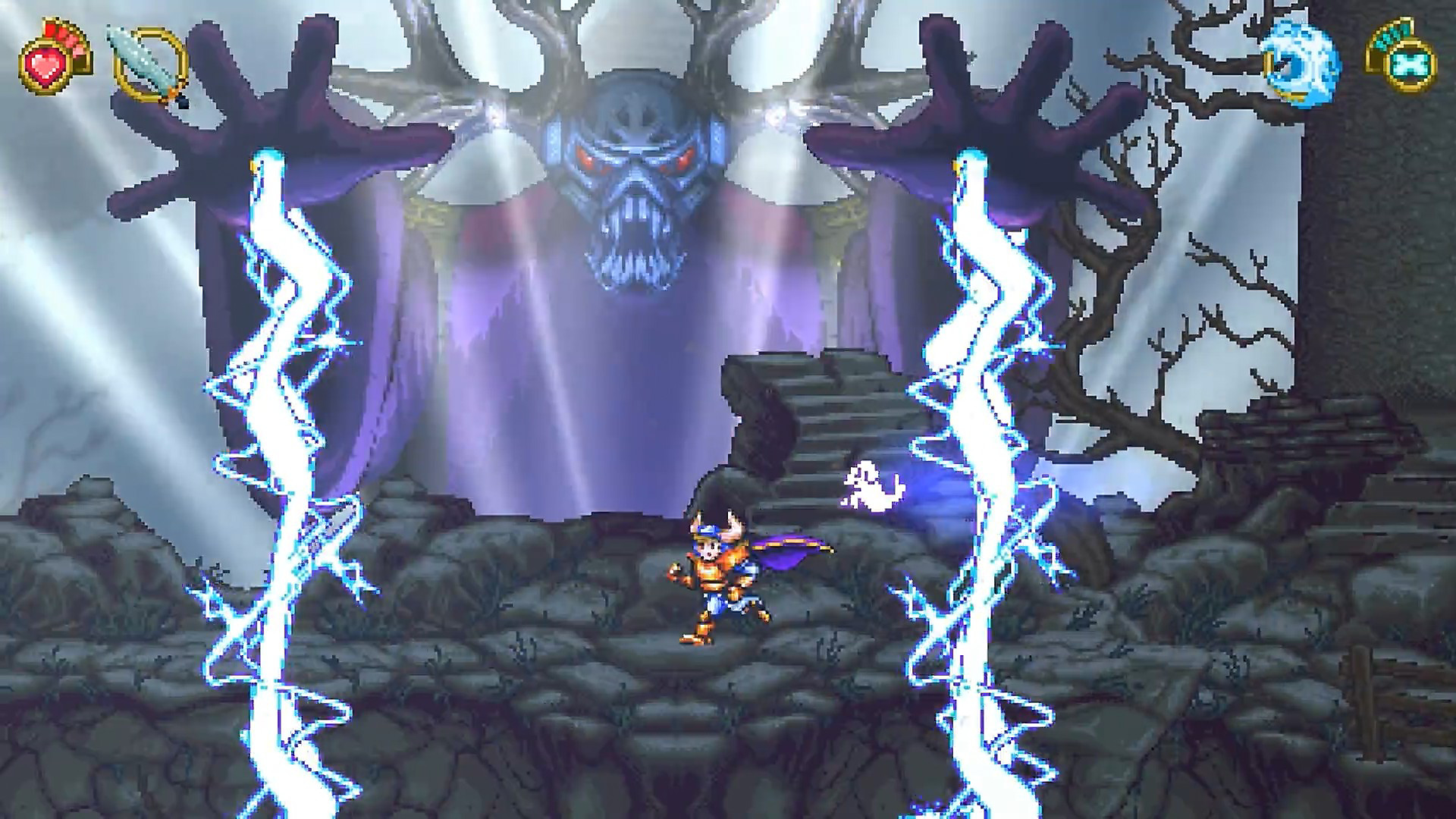 Battle Princess Madelyn may not be bad but it is just not as good as the game it is trying to be. It’s frustrating and confusing. With the adorable story of its creation, the game is begging to be loved but fails to carve out its own identity. Battle Princess Madelyn is great for anyone looking for a fun sidescroller to warm the heart and also have no idea what Ghost and Goblins is.

Battle Princess Madelyn is available on PC and Switch.

Have Some Tiny Timeless Fun with Tiny Dangerous Dungeons