Anthologies and horror have always been the perfect combo – and yet, I can’t say it’s a combo we see very often in the gaming world. While a flawed experience, The Fridge is Red may be just what you need if you’re looking to enjoy some short and sweet bite-sized horror.  Developed by 5WORD Team, The Fridge is Red is a 6-episode horror anthology, with each episode taking you anywhere from 15 minutes to an hour to beat.  While at first it doesn’t feel like these episodes share anything in common, an overarching plot begins to unfold as you march towards the final chapter – all centering around the titular red fridge.

The storytelling is very effective in The Fridge is Red.  On a first playthrough, you certainly don’t feel like there’s a plot to take from these seemingly random episodes – until you realise the first half of the game is sowing the seeds for an emotional ending that pulls at the heartstrings.  That being said, the ambiguity of how the story is told can also be a double-edged sword.  There are story beats, particularly in the game’s fourth episode Charleen Mufi (brownie points for the food-themed chapter names!) that, even after finishing the game, I struggle to understand their relevance.  Thankfully this episode makes up for it in its horror, leaving you lost and alone in an underground catacomb as you fend off a deranged priest who seems to have lost his mind.  If you were to summarise the atmosphere and horror in The Fridge is Red, try to imagine the absurdity and discomfort of a game like LSD: Dream Emulator, the psychological horror atmosphere of Silent Hill, and liminal space environments.  I can safely say this mash-up goes down a treat in my books!  The atmosphere is further strengthened by the sound design; character voices are distorted and robotic, and footsteps sound muffled and distant.  Small details like these go a long way in making the experience feel not only unnatural and unnerving, but almost dreamlike.

Unfortunately, I can’t speak as highly for some of the other episodes in The Fridge is Red.  While Charleen Mufi sets a tense, nerve-wracking atmosphere as you navigate the dark, damp, lonely underground tunnels, other episodes like Seaside fall victim to their own design.  The episode follows the protagonist as they desperately navigate confusing hospital hallways looking for their wife, and “confusing” is certainly an apt word to describe it.  The area is big enough on its own, but this is all worsened by the baffling progression.  The puzzles in the game are not clearly communicated to the player, and you’ll often find yourself wandering down repetitive hallways trying to find your way.  At one point in the hospital, you make it to the archives, and even after two playthroughs of the game, I’m still not sure what I did to make it past this area.  The visual cues are either too vague or non-existent during a handful of segments, and all it does is leave you feeling frustrated.  Worse than that, it completely kills your immersion when you’re spending more time than you should running around aimlessly – ultimately having to turn to a guide or video walkthrough to save yourself the stress.

Speaking of running around, this game suffers from another mistake that seems very prevalent in indie horror as of late – a stamina meter.  Simply put, there is just no need for a stamina function to exist in a game like The Fridge is Red.  These kinds of mechanics make sense in titles with chase segments or resource micromanagement – The Fridge is Red falls into neither of these categories.  So why is the stamina meter there?  While it may be a minor complaint, it became more and more of a nuisance having to stop running every few seconds, so my character wouldn’t become fatigued.  Combine that with the massive areas in some of the game’s episodes, and you can start to see where this becomes a hindrance.

The Fridge is Red also unfortunately suffers from some nasty bugs and glitches.  I normally would go easy on indie games when it comes to these things – after all, they’re usually made by small teams and don’t have the luxury of game testing on the scale of a AAA game – but the bugs here are quite a distraction, between menu screens that get stuck and audio looping when it shouldn’t.  Some are even game-breaking – during a driving segment in Goldi Vern, my car got stuck in a dip in the road and I had no option but to reset from a checkpoint.  On a second playthrough of this episode, I discovered I completely missed a mandatory 15-minute segment of the chapter that the game somehow skipped during my first run.

Despite these issues, The Fridge is Red is a promising start for 5WORD.  Its blending of different horror styles, strong audio design, emphasis on unsettling atmosphere-building and slow, unorthodox storytelling style shows that there is talent with this dev team, and a lot of it.  All The Fridge is Red needs is tighter and more concise progression and area design for it to go from a good game, to a great one.  I still recommend this game to anyone who has 2 or 3 hours to spare and is down to try a more unconventional horror romp, and I’m looking forward to seeing how 5WORD grow as a dev team while hopefully ironing out some technical issues in future projects, as I can safely say they’ve got their aesthetic and visual design down pat!

Have you played The Fridge is Red and have some thoughts to share? Hit up the comments, or better still, join us over in the IndieRanger Discord ! 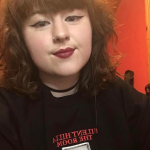