Some mascots should stay in the past

by Joseph Reed
in Reviews, Xbox One
0
0

The original Alex Kidd In Miracle World was released in 1986 for the Sega Master System, a console that was not particularly popular in the US but did pretty well in Europe. Since then, Alex Kidd has grown something of a nostalgic following, with re-releases and cameo appearances in Sega crossover games keeping the once mascot on life support ever since. Now in 2021 indie studio Merge Games has released an updated remaster/remake of the original game that, while starting as a fan game, has now been officially published by Sega itself. While many of the changes made are admirable, and it is evident a lot of effort went into the attempt, Alex Kidd in Miracle World DX is a frustrating experience and as a remaster is in many ways disappointing.

Alex Kidd has you playing as the aforementioned Alex, the lost prince of Radaxian who must defeat an evil villain that wants to take over the land. You save Alex’s brother, a princess and finally defeat the villain and recover the king’s crown. The plot is bare-bones, though one of the additions of the game is frontloading it through further dialogue with bosses and other characters within the world. This plot isn’t particularly interesting and the addition of it doesn’t impact the game much, other than highlight how awkward some of the writing is, often feeling like a first draft that never progressed. The slow scrolling of the text that cuts up sentences doesn’t help with this either. The dialogue is stilted and unnatural and I found myself skipping through it rather than reading it, especially after I was forced to repeat it after dying to a boss.

Alex Kidd In Miracle World DX may have been the first game I played. When I was young my first interaction with gaming was playing games on consoles once owned by my brother and sister. I played Sonic 2 on their Mega Drive and Alex Kidd on the Master System, and while I don’t remember much I remember that even my siblings struggled to get past that first level. The game was difficult then and that still stands in the remaster, with enemies with movement patterns that can be difficult to avoid and tight jumps to get to certain areas that will lead to death after death.

This would feel better if there was seemingly any attempt to improve the controls of the game. The original game had bad collision detection on enemies, a jump that was difficult to control and a player character that didn’t stop running quite when you’d think he would. None of these issues were fixed, even though the game’s marketing promised gameplay improvements. Other than seeing items on-screen at all times rather than having to go into a menu to select them, the game plays almost identical to the original with the same frustrations and drawbacks.

The major difference however to accessible versions of the original you can play today versus this version is the lack of save states and the ability to rewind seen in versions such as the Sega Ages release on the Switch. Without this, the frustrating difficulty of a few levels (especially the first and the castle levels) and the limited lives makes actually beating the game a chore. You can turn on infinite lives, but this blocks off certain achievements and cannot be turned off until you start a new game. Personally, I feel that lives are a relic of the past and don’t think they should even be in this release by default, but then further punishing people for wanting to make the game slightly easier and wanting to actually make any progress seems unfair.

The game has added limited invincibility frames every time you start again, but these only last for a moment. The core issue is this game has always been frustrating and this remaster makes seemingly no attempt to fix these issues. I mentioned the collision before but it is worth further mention, as Alex often seems to take damage from enemies while he is still a slight distance away. Exacerbating this are the controls, where jumping isn’t particularly predictable and Alex’s momentum means he often stops a few steps after you release a direction, leading to many annoying deaths.

Another frustration carried over is the vehicle sections. While they are a nice change of pace, dying instantly takes you back down to the ground and often into either a repetitive land or aggravating water section. These parts of the game are charming but seeing as how often you get hit you’re not likely to enjoy them for long and there is no option to get back in a vehicle once you’ve left one. While these sections at their best alleviate the repetitive nature of the game, it doesn’t help the far too long run time for what the game is. I found myself at least twice thinking the game was over, only to be punished by having to play more. The game took me only a couple of hours to beat, but my frustration just proved to me that if a game is boring and frustrating even a short run time can feel like an eternity.

So if the developers didn’t fix the collision, control or alter the difficulty then what did they change? First the bad: the addition of a few new bosses that were best dealt with by turning on infinite lives, running up to them and punching them as much as you can before their attacks get a chance to target you. These bosses are pretty boring but hey, at least that’s consistent. The positives however are the new visuals and music, which is where I can honestly say the most love and attention was spent. I could tell these developers like the game from how lovingly everything is drawn. The texture of the locations and how much detail has been added to the simplistic single-color backgrounds of the original are beautiful.

The addition of an option to switch back to the original graphics does a great job of contrasting the amazing work that has been done to completely reinvent how the game looks. The depth and lighting of these new visuals are truly the best part of the game, but the music also deserves some attention. The music is pretty good overall, adding a flare and complexity to the original melodies that match the new visuals. However, a standout is in the shops, where the music now originates from a speaker within the environment itself. This is small, yes, but I found this small addition incredibly charming. The music and visuals enhance what was, but do nothing to improve the experience as a whole. While these new additions are appreciated and well crafted, they sadly only cover and occasionally distract from just how poorly this game has aged.

That’s honestly the nicest thing I can say about this game. Alex Kidd in Miracle World DX might as well have been the first game I ever played, and it’s one I’ve had a fondness for ever since I was young. I’ve played re-releases and ROMs in different collections so when I heard a full remaster was on the way I was instantly interested. However, the painting over of the old graphics and new soundtrack, while welcome, isn’t enough to distract from the distinct lack of improvements elsewhere. This game has not aged well, and if you’re going to play it perhaps a version that allows for save states or a version within a larger collection surrounded by better games might be the place to go. As for this version, while it is admirable I would probably not recommend spending what they are asking on this attempt, regardless of the evident love that went into it.

While many of the changes made are admirable, and it is evident a lot of effort went into the attempt, Alex Kidd in Miracle World DX is a frustrating experience and as a remaster is in many ways disappointing. 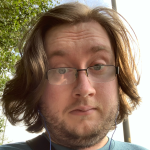 Joseph began playing games with Sonic Adventure 2 and hasn't stopped talking about them since. Doctors are still amazed that his voice has not given out. Joseph has put over 1000 hours into Slay the Spire and has more Amiibo than he knows what to do with. His favorite game is probably FTL and he's become a little obsessed with deck builders in the past year or so.

Joseph began playing games with Sonic Adventure 2 and hasn't stopped talking about them since. Doctors are still amazed that his voice has not given out. Joseph has put over 1000 hours into Slay the Spire and has more Amiibo than he knows what to do with. His favorite game is probably FTL and he's become a little obsessed with deck builders in the past year or so.